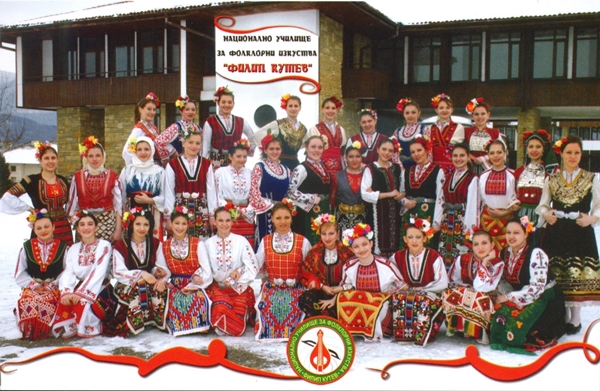 The Philip Koutev National School of Folk Arts is located in Kotel, a little and picturesque town in the mountainous area of Eastern Bulgaria. The School was founded on 2nd of October, 1967 and was the first school in Europe and in the country to teach traditional folklore music and vocal technique. 1800 students have graduated the School since it was opened and about 75 per cent of them have continued their education in various universities and academic institutions in Bulgaria and abroad. The School has given the world a lot of celebrities such as Teodossy Spassov, Tsvetan Marinov, Tsvetan Radkov, Binka Dobreva et.al. Mrs. Maria Gradeshlieva, who has been the School Principal for over 15 years, in 2017, was awarded by the Ministry of Culture of Bulgaria a medal in recognition of her contribution to the preservation and development of culture in Bulgaria.

The National School of Folk Arts has a five-year course, an eight-year course and an eleven-year course of studies and its alumni graduate as specialists on secondary school education level in folklore arts with the following majors: Bulgarian Traditional Folklore Singing; Bulgarian Traditional Folklore Music - kaval, gaida (bagpipe), tamboura, gadoulka; Bulgarian Folklore Dances and the craft of making Bulgarian folklore music instruments, Luthierie. The students are 7 to 19 years of age and study both general education and specialized music and/or choreography subjects. The talented students are selected through severe competition and they come from all 26 administrative regions of Bulgaria. All of the students take individual folklore music and piano lessons and are taught by highly qualified and experienced teachers and choreographers, who are experts in the field of traditional Bulgarian folklore and the performing arts. The teachers do research work and their findings in the field of traditional Bulgarian folklore get published in specialized editions of the School.

All students take part in various performing formations and groups – made up of 7, 14, 22, 35 or 45 members. These groups comprise vocal or instrumental performers or vocal and instrumental performers and/or dance troupes. The most popular are the ensemble formations which comprise musicians, singers and dancers. These groups take part in various events, concerts, festivals and competitions throughout the country and abroad.

The skills and training of the talented girls and boys make it possible for them to fuse various genres - from traditional Bulgarian folklore, to the ethno-jazz, techno and film songs, all new and contemporary forms of music expression. A good proof of this is that they have taken part in a rock opera and several international arts projects. Over the years, representative performing groups of the School have shared the beauty of traditional Bulgarian folklore music and dances with audiences in Germany, Poland, Hungary, Denmark, Turkey, the Czech Republic, Cuba, Moldova, France, Holland, USA, Spain, Costa Rica, Estonia, Great Britain, Cyprus et al.

Below are some of the recent achievemеnts of performing groups of the School:

For connoisseurs of traditional folklore the National School of Folk Arts "Philip Kutev" has a repertoire of multiple interpretations of songs full of dissonances and expressing deep psychological states such as nostalgia, dreams, sadness, rituals, legends, love, death, adoration of nature and love of life, all of which comprise the sublime archetype of the Bulgarian spirit.

The School has a big educational complex, comprising a big concert hall (200 seats), a ballet hall, a library of records and tapes, and class-rooms for group and individual work. Throughout the school-year, the students reside at the School boarding facilities, which have recently been refurbished. There is also a hotel section for visitors and guests. On warm days, the students can enjoy the open-air swimming pool, which is on the School grounds. The School has its own coach, which offers services to those who want to study Bulgarian folklore music at the School and pay visits to the nearby beautiful little towns of Kotel and Zheravna.

The alumni of our School preserve and continue the most valuable intangible cultural heritage of Bulgaria, the wealthy music and dance traditions of Bulgarian folklore. 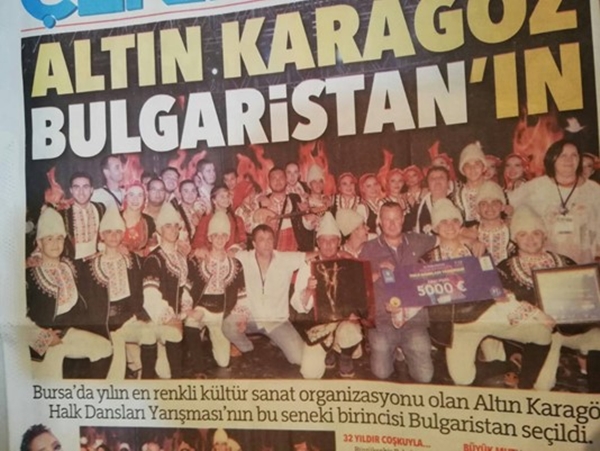